It has been a while since Lensdepictions first announced the launch of Vector graphics gallery. Since then, I have created more than hundred vector illustrations for it. The inspiration for every artwork had stemmed from a whole range of unimaginable sources coming from everyday life.

But, this particular vector illustration is first of its kind for me till date, because it is inspired from, and is a ditto copy of an Image – one of my own nature photographs. It is a common practice to convert raster images to vectors, but somehow, I have always kept my photographs and vectors separate, at least for the purpose of creating stock vectors.

I had captured this photograph in a very impromptu manner. It was a place far away from city, I just happened to stop for few minutes there. I spotted this black butterfly sitting on a tree branch. Liking the way its colors were complementing the tiny green leaves of the branch, I just clicked a couple of pictures in hurry and left. 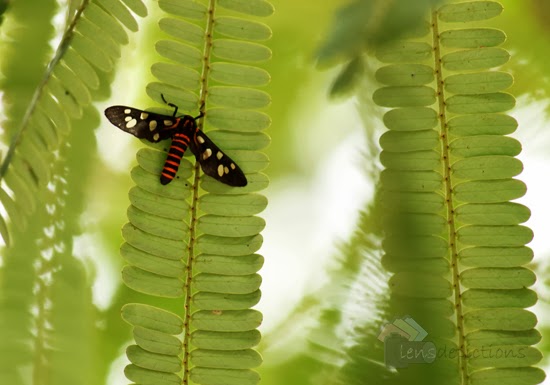 However, later on I started to believe that with the presence of just 3-4 colors, eye-popping contrast provided by the beautiful colors of the butterfly, and a clutter free scene, this was a very simple, fresh and yet pretty unusual nature composition, one of those – easy on eyes…

But as evident, the picture is ruined by lack of focus and improper exposure. Perhaps, this could have been a stunning photograph if created with dedication.

Then after, every time I got a look into the computer folder with this photograph, I sighed and regretted. There was no way I could correct the blurs in this picture, it was an opportunity wasted…

Recently, this photograph came across once again and an idea struck to me. There was one more way I could do justice to this beautiful scene, by depicting it in another way, by recreating it as a drawing! 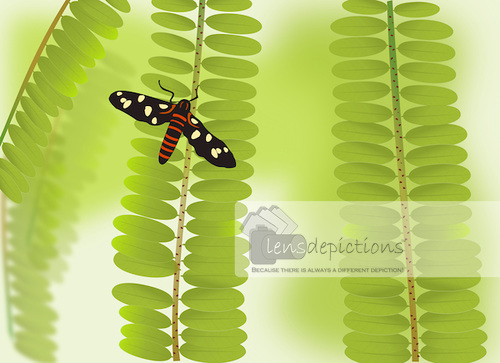 And that is exactly what I did, and, did I enjoy it? YES, ABSOLUTELY. In fact, it kind of looks better than the photograph…Isn’t it? :) 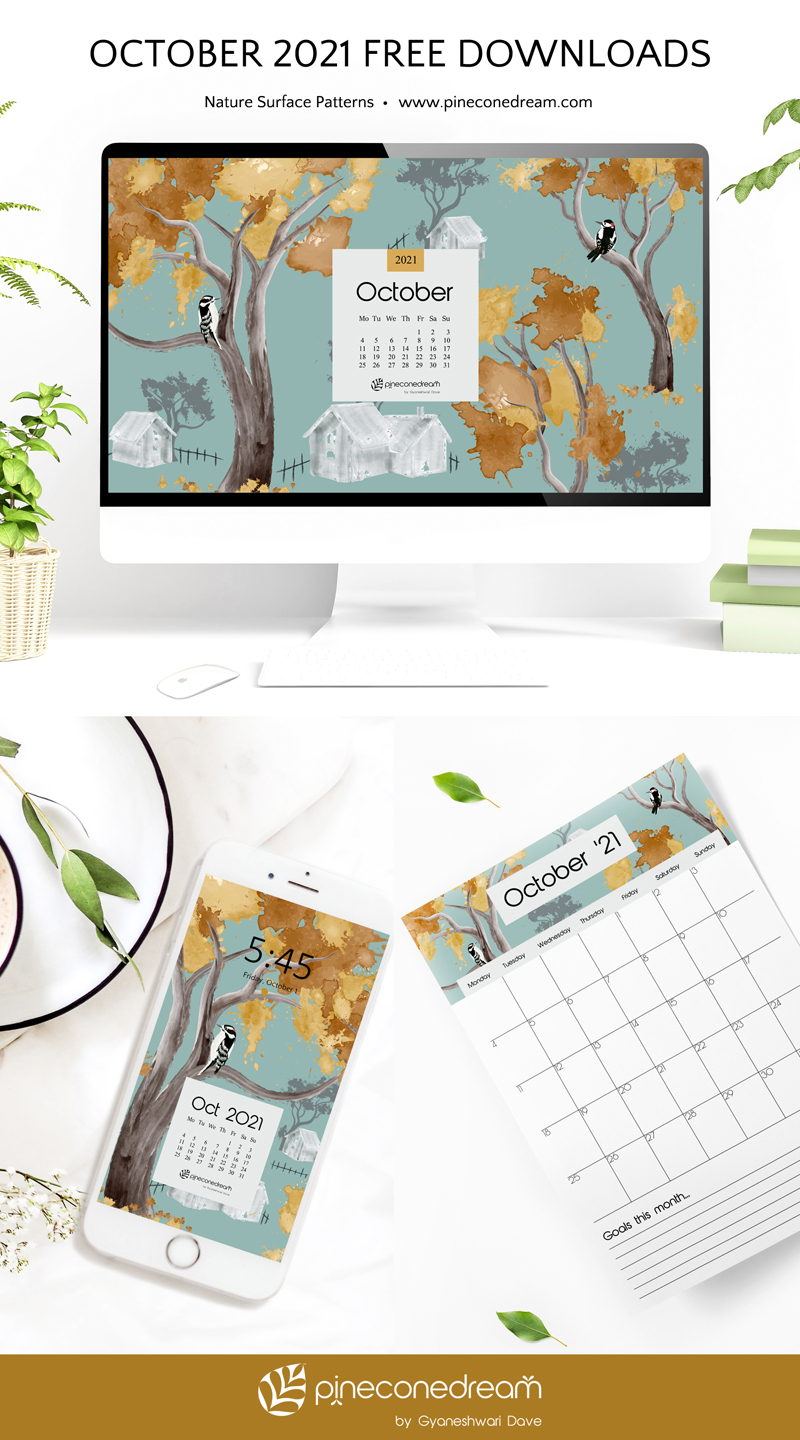