Being featured amid artistic elite is always an inspiring and joyous moment.

This month, Smashing Magazine, one of the world’s most popular and highly regarded magazines in the area of web design and web development chose to include my wallpaper design for December 2018 in their popular monthly wallpapers series! 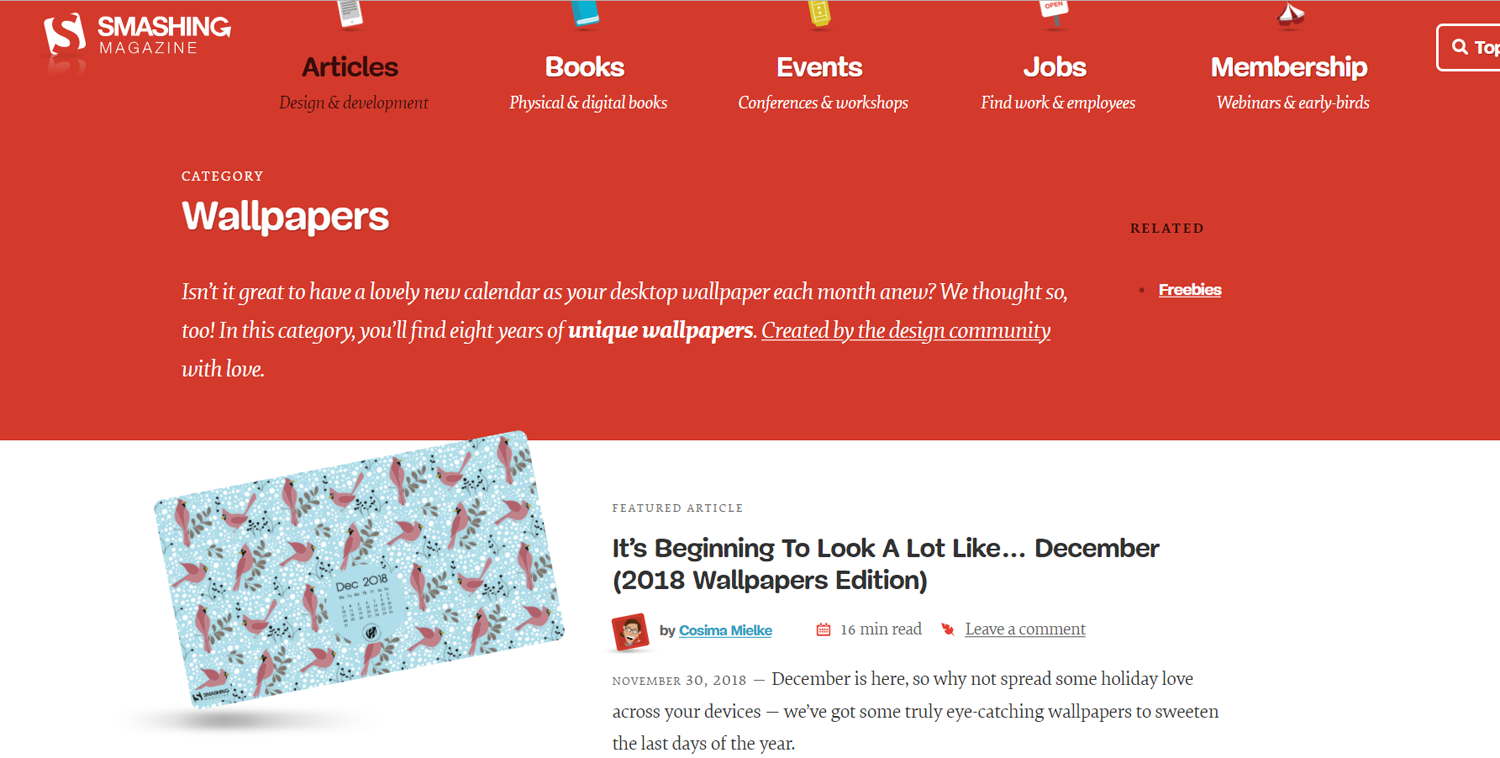 Part of the German-based Smashing Media AG, Smashing Magazine is one of the most active and largest publishers of web development resources in the field of design and hosts four annual conferences for designers, in New York City, San Francisco, Barcelona, and Freiburg.

It feels awesome to have a place among some of the most amazing creative talents from around the world! 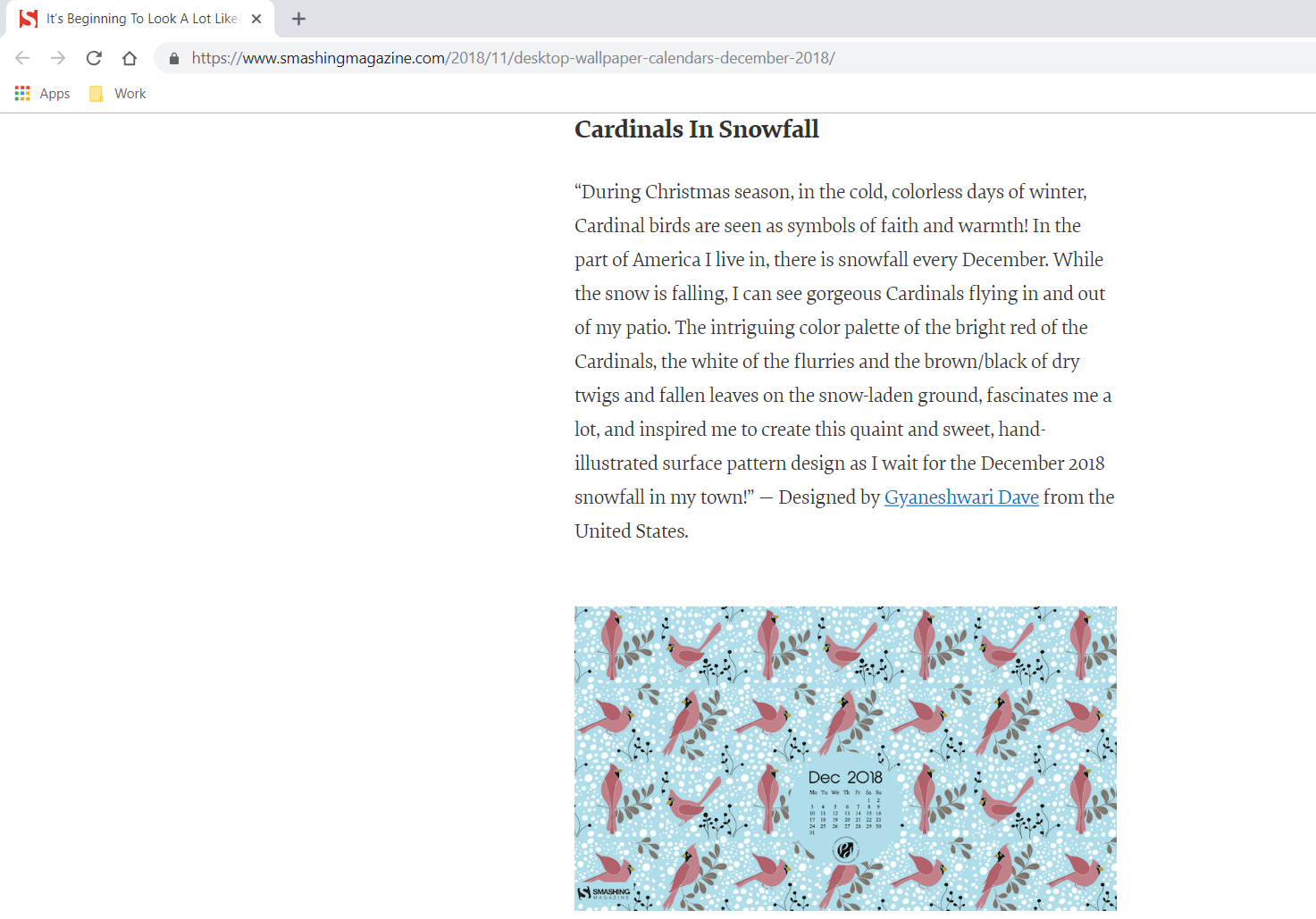 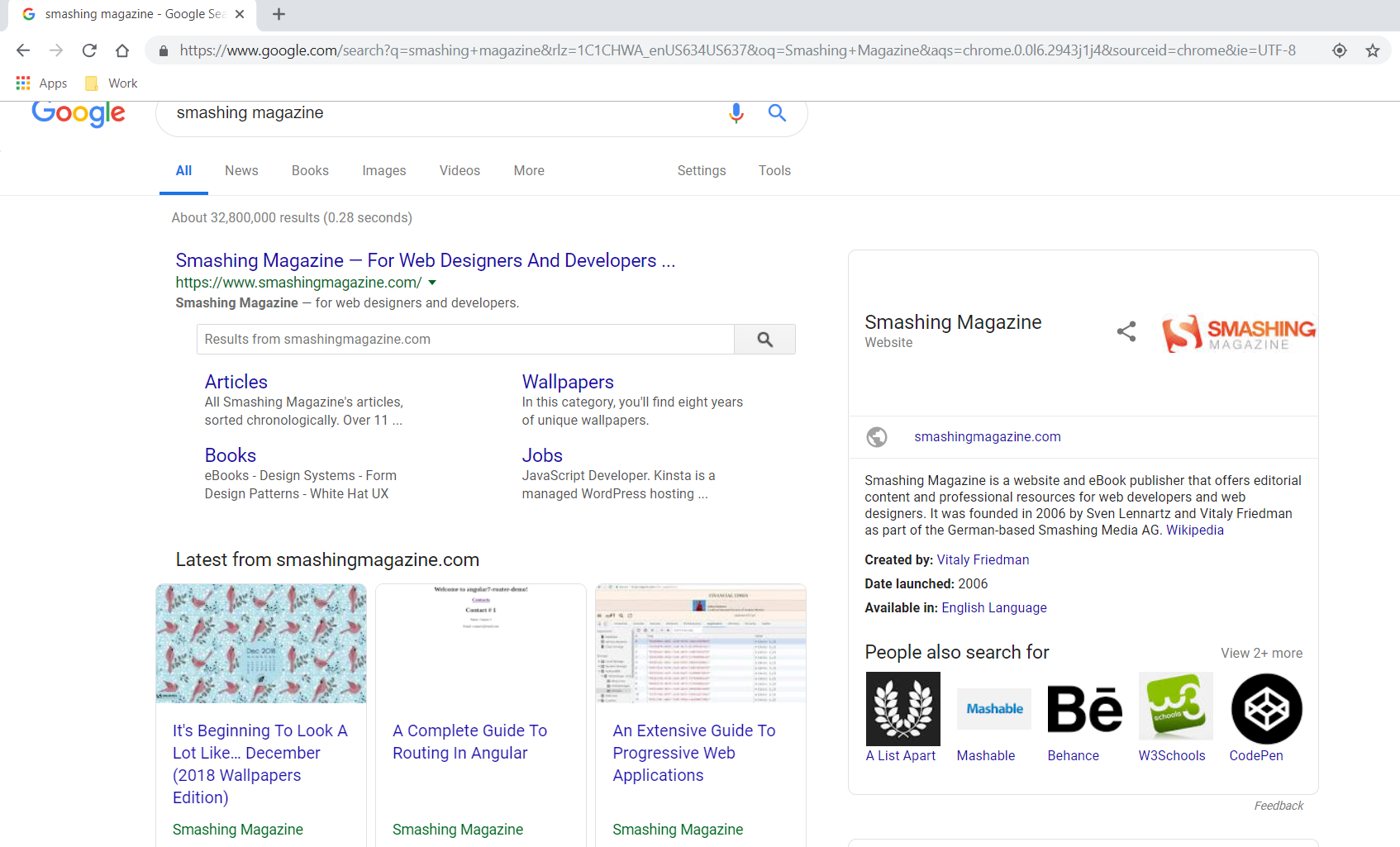 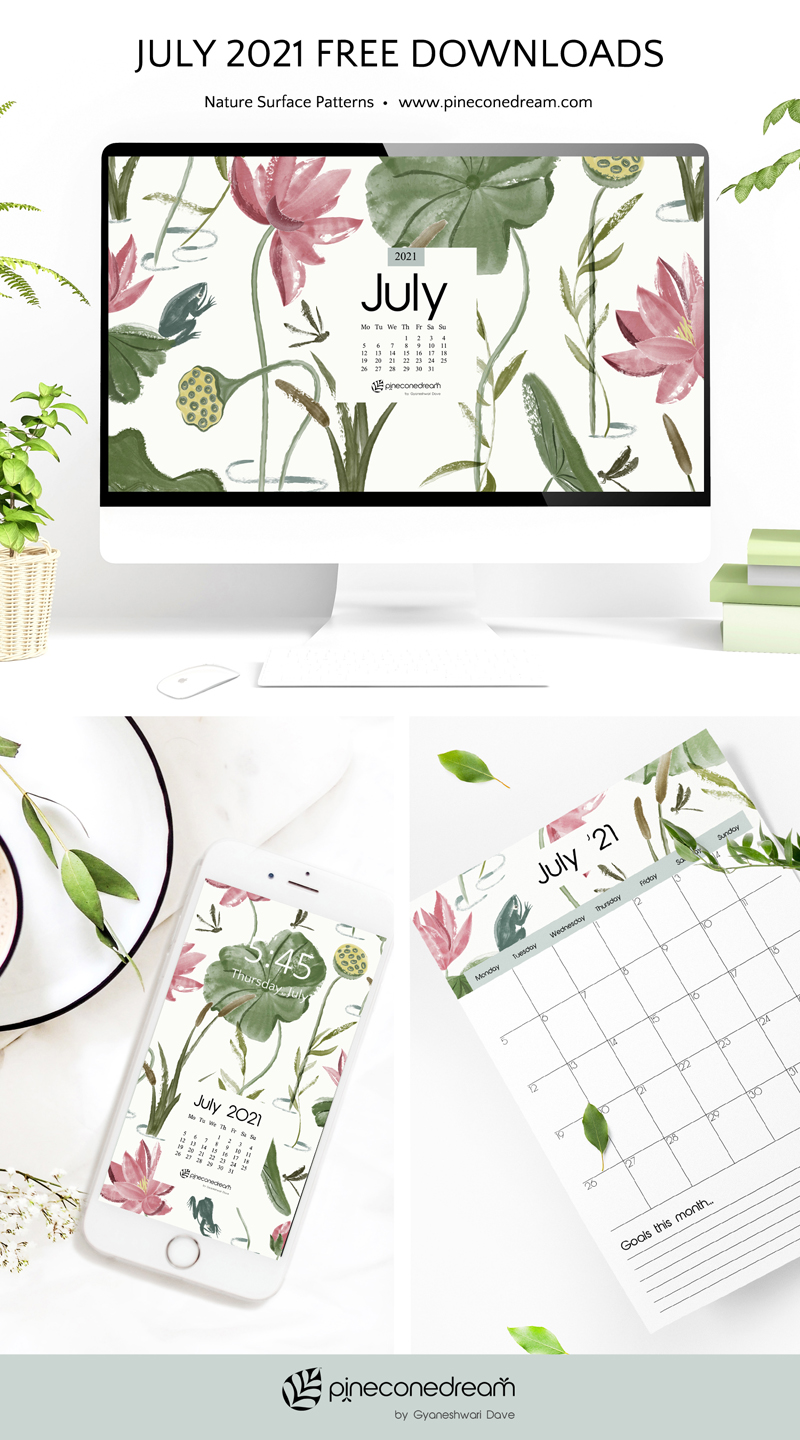